The Use of Tobacco During Pregnancy in Numbers

Did you read the first part about Pregnancy and Tobacco?

Did you know that one in ten women has stated that she smoked during her last trimester of pregnancy? Of course, this number is likely much higher in reality given that many future mothers prefer hiding their habit due to social standards. It’s not cool to say that you smoke when your tummy is filled with a developing baby. Mothers don’t like the image that projects to those around them. 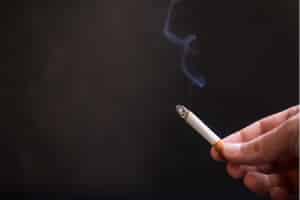 We know that tobacco and the chemicals found in tobacco aren’t good for anyone’s health at any age. In addition, smoking while pregnant will get you disapproving looks from people around you, similarly to drinking alcohol while pregnant. They fear being judged, and often pregnant women will hide their smoking habit, as it’s difficult to stop, especially if she smoked a lot before pregnancy. You should know that there is no safe level of cigarette use during pregnancy. The more a pregnant woman smokes, the larger the number of risks for her and her baby.

Additionally, don’t forget that many pregnant women live with a partner that smokes in the house. The different components found in tobacco are present in the air, dust and on surfaces in their living environment. A pregnant woman can regularly inhale or be in contact with chemical products found in cigarettes, even if she doesn’t smoke herself.

Inhaling second-hand smoke from tobacco can also have impacts on health. This is why future fathers and visitors are also responsible for their actions. You need to make them aware of the health impacts to try to, at best, get them to stop, or at least get them to smoke outside far from openings to avoid second-hand smoke

The couple has to work as a team to support each other to reach their common goal of quitting smoking for good. They need to promote the best possible environment for them and their developing baby.

You can continue reading about The Impacts of Smoking Cigarettes.