Did you read the previous article about Worrying?

When a parent recognises that their anxiety alters their daily way of functioning, we can identify one or several possible anxiety disorders, each with their characteristics. Here I would like to talk about Generalised Anxiety Disorders (GAD) such as panic attacks, obsessions and compulsions, phobias, and post-traumatic stress disorder stemming from childbirth.

In other words, if a mother or father has the impression that they worry more than 50% of the time about several things, they might have Generalised Anxiety Disorder (GAD). It can be worrying about minor daily life things, or more important issues such as finances, the health of children, their physical or psychological condition, or the future. A small thing can lead them to worry. Each parent has things they worry more about.

Work by different researchers has shown that GAD is the most extensive anxiety disorder during the perinatal period. It affects almost 9% of mothers, and rates are a bit lower for fathers, but based on some studies can be similar. So nearly 1 in 10 people may face this problem. Since the main GAD symptom is worrying and it’s less apparent to those around the person, it’s the anxiety disorder that is most difficult to identify. Researchers have evaluated mothers multiple times during pregnancy and after giving birth, and they have shown that GAD tends to be stable or chronic and that few mothers have their symptoms disappear on their own naturally. Recent research on fathers shows that the perinatal period, which can last from 2 to 12 months, is the period when they’re most at risk for developing excessive worries. Finally, GAD during the perinatal period is one of the disorders that increase the risk of postpartum depression occurring.

Panic attacks are the very intense and fast rise in anxiety, with symptoms such as increased heart palpitations, difficulties breathing, transpiration, hot flashes and shaking. These symptoms are often accompanied by the fear of becoming crazy, fainting, dying or having a heart attack. Panic attacks can be associated with severe avoidance behaviours, such as avoiding locations where the person fears feeling uncomfortable and having a panic attack. This is called panic disorder with agoraphobia, the fear of being outside the home or in a public place.

Example: A mother bathing her baby and suddenly has a panic attack can eventually avoid giving baths. Many new parents note having panic attacks in cars, stores or places at home. 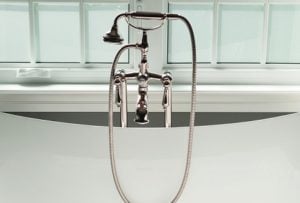 Characteristics: Panic disorders significantly impact new parents’ quality of life, because avoidance of situations tends to increase. The symptoms are discomforting, so the parents try to avoid them. The intense, sudden and unexpected aspects of panic attacks mean that they’re often associated with significant questions about one’s mental health. Normally, the parent doesn’t understand what is happening and wonders if they’re slowly becoming crazy. Because the symptoms they feel are very physical, the father and mother might wonder if cardiac or other physical illnesses might be present. They can even question their ability to care for the child, which leads to more distress because they don’t want to remain alone. Over time, panic attacks tend to diminish during pregnancy and increase around the sixth month postpartum.

Main indicators: Obsessions are mainly characterised by recurring disturbing thoughts, often in the form of images. The main obsessions in the perinatal period involve:

These thoughts occur mostly in the form of mental images.

The second characteristic is the presence of automatic compulsions. These can include repeated behaviours in response to obsessions or rigid personal rules. These compulsions try to reduce distress and discomfort caused by obsessions or prevent danger from occurring. This can frequently be checking to see if the door is locked to ensure that a stranger doesn’t intrude, protecting the baby. They can also be mental compulsions, like continually repeating a phrase or number.

The mother or father can’t stop the compulsions given their discomfort and distress. This can lead to avoidance, being extremely controlling and excessive verification, among other things. Even if this disorder is more widespread than we think, a parent scared of being judged means they won’t talk about it and hide their obsessive-compulsive disorder behaviours as much as possible (2% in the perinatal period).