Did you read the first part — Alcohol during Pregnancy and Breastfeeding? 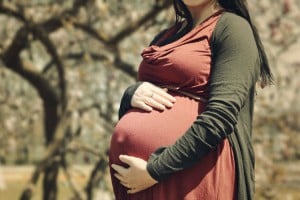 We currently know that consuming alcohol during pregnancy can lead to risks of pregnancy complications for the future mother. There are other risks of defects occurring in the baby during their development process.

It’s important to note that consuming alcohol during pregnancy is never safe, irrespective of type, levels or frequency.

As a pregnant woman increases her alcohol consumption, risks for problems occurring in the baby increase.

Sometimes we hear people say, “don’t worry, it’s just a glass.” With currently available information, there are no guarantees there won’t be an impact on you or the baby even if you consume alcohol infrequently and in very low quantities.

The consequences of consuming alcohol aren’t always visible at birth and can appear later in the infant’s life. Since the placenta allows alcohol consumed by the mother to reach the baby via the blood at a similar concentration level, we recommend never drinking alcohol during pregnancy.

What we know about alcohol consumption during pregnancy:

The Effects of Alcohol on the Pregnant Woman 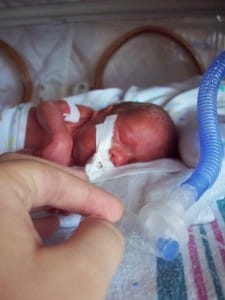 Consuming alcohol when pregnant can lead to more miscarriages (in french) at the start of pregnancy and premature births(in french) later during gestation.

According to the Society of Obstetricians and Gynecologists of Canada, if the woman consumed a low quantity of alcohol before she knew she was pregnant, terminating the pregnancy as a preventative measure isn’t necessary.

In-utero deaths have been noted when consuming alcohol during pregnancy. These are risks we can prevent, and you have power over them—avoid drinking alcohol throughout your pregnancy!

The Effects of Alcohol on the Baby

Alcohol is a teratogenic agent, which means it can lead to congenital birth defects for the baby. When we talk about alcohol, I’m referring to beer, wine and other spirits.

We can’t know in advance the type of impact alcohol in the baby’s blood system will have on their development. According to research, the heart, kidneys, liver and digestive tract are the parts of the body most impacted.

Additionally, the brain is susceptible to the effects of alcohol. There can be different kinds of symptoms when the child is born or later in their life.

After childbirth, we can note that they’re irritable, tremble, or present dietary, respiratory and digestive problems such as newborn diarrhea.

Over time, neuro-developmental disorders can occur based on the impact on the cerebral matter. Problems with speech, learning, memory, attention, impulsivity or behaviour are only a few examples of possible effects.

Cooking With Alcohol When Pregnant

I have frequently received this question from parents wondering if they can use alcohol in specific recipes during pregnancy. You can add wine or beer to a recipe that you will boil because the alcohol will evaporate. However, if you’re thinking about adding alcohol to a dessert that doesn’t need to cook, avoid it. The alcohol won’t dissipate at all, and it would be like merely drinking it straight.