The Physiology of Pregnancy and Childbirth

To illustrate what Dr. de Gasquet talks about, I want to examine the importance of the pelvis and breathing for pregnant women and women going into childbirth.

For Mrs. de Gasquet, each structure used during labour and delivery has an important role.

Pregnancy involves a woman’s body, and many will learn to understand it better when they become pregnant. Their body changes and the future mother has to come to grips with the adjustments it must make to carry the little one and to prepare to bring it into the world.

The growing uterus will move upwards, impairing breathing since the diaphragm (the muscle under the lungs that allows them to expand when breathing) is trapped. This will impact the kidneys, intestines, digestion and blood circulation.

Additionally, the uterus will increasingly place pressure against the spine as the pregnancy progresses. When standing, pregnant women will tend to compensate by tilting their pelvis to support her organs, including the uterus and it’s growing contents. To open the pelvis, you have to stretch it to make space. Easier said than done. 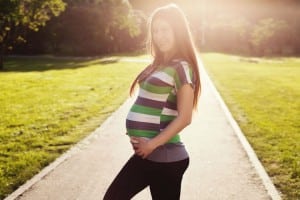 According to Dr. de Gasquet, for bipeds, a stomach hanging in the air is unnatural. The body will want to compensate, and women will need to correct their posture to reduce gravity, the load placed on the pelvic floor and perineum. You have to avoid arching your back (lordosis, hollow in the lower back). This posture accentuates the stomach’s projection forward and increases ligament stretching and the feeling of heaviness in the cervix and vaginal pressure.

Consequently, the more the stomach projects forward, the more a woman will amplify the arch in her back to support everything. It becomes a vicious cycle.

Pregnant women must tilt their pelvis, returning the baby to the proper pelvic axis to avoid secondary lordosis. They can do this by stretching their spine straight. This will help reduce upward pressure on the diaphragm to ease movement and reduce pressure on the pelvic floor (hammock, the bottom of the pelvis, which provides support), which is worked hard during pregnancy and childbirth.

Many women would benefit from seeing an osteopath for treatments to help reposition their pelvis to release the resulting secondary pressure, which is often in the ligaments. If the uterus axis in the pelvis is correct, the stomach will be more relaxed, breathing more efficient, and blood circulation improved due to freeing of blood vessels in the groin.

During pregnancy, hormones affect the pelvic structures and allow them to adjust to carry the baby and bring it into the world. Relaxation of the pelvic bone structures caused by hormones will widen the pelvis in preparation for the baby’s passage. This transformation is necessary to facilitate childbirth. But it also impacts surrounding structures, causing sciatic nerve pain, pubic symphysis pain, joint pain and weaker tendons and muscles when worked.

The position taken during childbirth will be crucial to help the pelvis expand when the baby descends. The more space the baby has, the easier it will be to correct or start its engagement in the pelvis on the right axis, nose downwards towards the anus (not the pubis, upwards). Gravity will not help the baby’s descent if its starting position is incorrect. Gravity is only useful when the baby’s head is presented in the right way. Positioned on the back is the worse way to give birth, given the pressure placed on the pelvic structures and the limits it places on pelvic mobility during delivery.

If you have already had a child, you may be surprised that your uterus grows faster, and you will feel it much lower in your pelvis. This is directly associated with you having already given birth. Support will be looser, and your muscles and ligaments will have less resistance.

To continue reading, go to The Importance of Breathing during Pregnancy, Labour and Delivery. 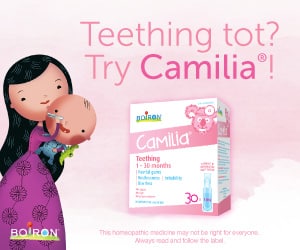