Do you love to travel to new places, explore new cultures and different peoples around the world? Me too, I love it!

As the news keeps reporting about the Zika virus, it’s normal that couples ask questions about the issue before deciding to travel to certain areas. Especially if they want to conceive a baby or when they’re already pregnant. I’m happy that you’re reading this entry to keep up with the latest information concerning this epidemic. It has been spreading around the world since 2015.

It’s important to clarify that an infection with the Zika virus can affect everyone. For babies on their way or planned for, it’s not just about the woman or the pregnant woman. It also involves men, future fathers. Read on to see what I mean. 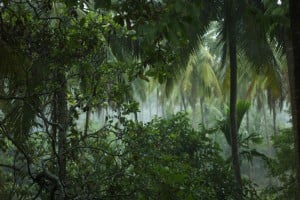 The Zika virus isn’t new. It was discovered in the 1950s, almost 70 years ago. It was first discovered in Uganda then across Africa and Asia. However, since 2013 the virus has spread quickly with a significant outbreak in Brazil and Colombia in 2015. We can now find it in many Latin and South American countries and even the US (Florida, Texas) which has alarmed health authorities into action.

You should also know that there is a Zika virus transmission potential in neighbouring warm regions for areas that have indicated local transmission, even if cases haven’t already been discovered. This is why you always need to take precautions to prevent an infection.

While it has been noted that the number of declared Zika cases in certain countries widely affected by the virus has declined, it doesn’t mean that the infection is over. This is more to do with the fact that many people have already been infected and they’re now immune, but the risk remains for travellers. We don’t currently know if a person who has already been infected can be reinfected…

Why is Zika found in some countries but not in Quebec or Canada?

Good question! Zika needs temperatures of between 22 and 27 Celsius for 15 consecutive days to develop and requires a certain altitude. Quebec summers and climate aren’t ideal for the spreading of this virus. However, it’s possible that the Zika virus could transform, mutate as we have seen with other viruses. In this sense, North America won’t always be sheltered.

To continue reading this entry, go to The Zika Virus Infection.