How do I react to my baby’s febrile seizures?

It’s rather spectacular to see a small child convulse, especially when it’s our own. Most people think their baby is in a trance or is having an epileptic seizure, even if they’re generally fine. Merely having seen this type of episode makes parents stressed, anticipating another seizure. How can you avoid this from happening again? Let’s explore!

The literature tells us that febrile seizures can occur in all children who are in good health and developing normally. They can start at 3 months of age. A child can have a seizure attack due to a fast increase in their body temperature up to 5 years of age. This will peak around 18 months. It’s noted that 2%-7% of young children will have at least one febrile seizure before turning 5.

Febrile seizures are typically defined as an affliction in a young child 3 months to 5 years of age. There is often a fever without apparent intracerable infection or identified cause. Most of the time the seizures aren’t dangerous, are short and won’t impact the child. There is no danger to your baby’s life, nor a danger for its cerebral health or intellectual faculties.

Why does it happen?

Like I often say, a young baby has intense reactions, physiological responses or defences at the cerebral level. This is why, when fever occurs (a febrile state), with a fast and severe increase in body temperature, the baby’s cerebral thermoregulatory mechanism activated. As a reaction, seizures can occur. This is why we see fewer attacks after 3 years of age because the child continues to mature and responses to a fever will less likely lead to a seizure.

There is always a tolerance threshold for increased temperature applying to each child. For some, the seizure will occur faster than for others, say at 38 degrees. For others, it might be around 40 degrees Celsius. If a child has had a febrile seizure in the past, they’re more likely to have one in the future when the threshold is met, until their brain matures.

Clinical Signs of a Febrile Seizure

This type of attack isn’t associated with a neurological disorder. Even if the attack is longer, it isn’t necessarily a bad omen for the child if they’re generally healthy. 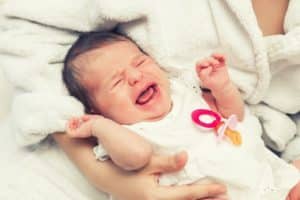 To diagnose the events occurring in your baby, the doctor must complete a full evaluation of your situation based on the history before the seizures occurred and your child’s age. The description you will give will allow the doctor to make a diagnosis. A full physical exam of the baby and a questionnaire will be completed.

Is there a subjacent infection? A vaccination? A glycemia or calcium issue in the baby’s blood?

The doctor will likely request additional tests for febrile seizures, but if they suspect something, family history, problematic medical history, they may complete a lumbar puncture to eliminate meningitis. Alternatively, they order an electroencephalogram (EEG) to look for a link with the baby’s cerebral state.

The seizures end on their own and giving them anti-fever medications, such as Tempra or Advil (for babies over 6 months) can diminish the length and repetitiveness of the convulsion attacks.

What you should do during a febrile seizure attack:

Prevent an increase in temperature (measures to prevent hyperthermia): 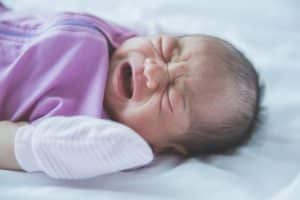 It’s difficult to identify precise risk factors for the occurrence of febrile seizure attacks. It seems that there may be a family predisposition. The genetic contribution accounts for about 30% of the appearance of attacks in children, especially if the two parents have already had them.

Baby’s aged under one year also are at a higher risk, as I explained above in this article. Their system is immature. And finally, a child that has already had febrile seizures has a higher risk for others based on their tolerance threshold under the same conditions. This can continue until 5 years of age.

That covers the essential information about febrile seizures. I hope this has been informative and helps you act in a preventative way when your child’s temperature rises.

To learn more about the topic, read these articles:

Motor Development in Babies from 0 to 12 Months

Or watch these videos: