In his previous article, François talks about how to take time with a baby.

Is it possible to talk with a baby? Yes, I know, a baby won’t speak for a while, but there is a great way to understand our offspring. We call it baby sign language.

Generally speaking, it’s teaching your baby to sign with their hands to “say” things they can’t express with words, similar to deaf-mutes, but adapted to little ones. You can start teaching signs to your baby around 6-8 months, but it will take them a couple of months to start repeating them.

My latest baby (13 months in April), knows and uses 7 signs. 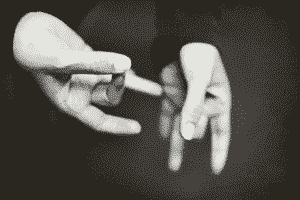 We are also working on other signs, including:

This is a great shared experience. The sign for “done” was one of the first our baby learned and repeated, and he uses it mostly when eating. When he is full, he shakes his hands in a specific way, and we know the baby doesn’t want to eat anymore, he’s done. But we also use this sign at other times, for example, during the bath or when playing games. So last week, the baby wanted me and his big brother to push him on his sort of skateboard. We played with him for several minutes, but my back hurt, and I wanted to stop the game. Usually, he gets furious when we finish this game. We pick him up and tell him it’s done, and he gets outraged. But this time I said, “It’s over kiddo, my back hurts,” accompanied by the “done” sign. His brother made the same sign. Like magic, the baby focused on our hands, then got off his skateboard on his own without complaining. Wow! I was thrilled, and he was too. He seemed very satisfied with himself. He understood us and accepted that the game was over. That’s what signs are for so that the baby can feel understood.

I strongly encourage you to get into the sign language business if you have a baby!

In his next article, François talks about babywearing.